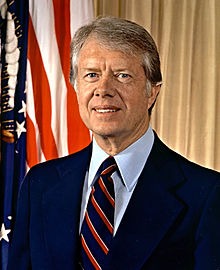 Last week, former president Jimmy Carter announced with his typical candor that he has advanced malignant melanoma, first removed from his liver and now spread to four spots on his brain. While the majority of melanoma cases are skin cancers that can be detected early and are treatable with surgery, when they spread internally to the body they can be life-threatening. The news media has responded with a spate of articles relating to Carter’s family genetics and his treatment protocols. I have a lot to say about both.

Observation #1:  Focus on the genetic aspects of cancer is only minimally relevant.

President Carter certainly has a family history of cancer. Pancreatic cancer killed his father, brother and two sisters. His mother had cancer of the breast and pancreas. There are about 12 gene mutations linked to pancreatic cancer. Depending upon which you have, you have a three- to tenfold increased chance of getting pancreatic cancer compared with someone who doesn’t have a mutation. But what does that have to do with melanoma?

Some genes increase the risk of more than one type of cancer, so cancers that constitute a “family history” don’t have to be of the same type. Genetic testing is often recommended if two or more close relatives — your parents, siblings or children — have had pancreatic, breast, ovarian, or colon cancer or melanoma. However, if testing does not find a gene mutation, that doesn’t mean your family doesn’t have one. It may mean you have a gene mutation that hasn’t been discovered yet, so there isn’t a test for it. Furthermore, according to the American Cancer Society, only about 5% to 10% of all cancers result directly from inherited bad genes.

Genetic mutations are not just random bad luck. There are identifiable reasons and mechanisms by which this occurs. So it’s more important to focus on what causes genes to mutate. And you don’t have to be a geneticist or a cell biologist to do that – you can just look at your diet and lifestyle. Dr. Bharat Aggarwal, of MD Anderson Cancer Center in Houston, affirmed: “…cancer is a preventable disease that requires major lifestyle changes.” A Danish study found that cancer among adoptive parents was 500% more predictive of cancer in their children than was cancer among the biological parents.  Clearly, the latter pass on genes, but the former pass on lifestyle habits!

We don’t know much about President Carter’s diet and lifestyle, but we do know that Carter and his family were Georgia peanut farmers, which might certainly have contributed to their cancers. Peanuts can be extremely toxic – both in terms of the molds they harbor and the herbicides intended to treat those molds. Peanuts frequently contain a naturally-occurring fungus known as aflatoxin, a powerful carcinogen linked to liver cancer. The FDA has long known about aflatoxin and has monitored it well, according to Dr. T. Colin Campbell.

But an August 23, 2015 article published in the UK Daily Mail concerning the cancer – peanut butter link noted that high levels of cancer-causing agents have been found in 25% of peanut butter brands. One-quarter of samples bought in major supermarkets in the UK contained aflatoxin levels above those allowed by the European Union. Aflatoxin in even a small number of peanuts can create contamination hot spots in a large batch.  There is currently no safe level for the toxin.

To combat aflatoxin and other molds, peanut plants and the soil in which they grow are treated with all kinds of fungicides, several of which were assessed for cancer risk by the Health Effects Division of the Office of Pesticide Programs (OPP). Based upon findings of an increased incidence of malignant tumors, all were categorized as probable human carcinogens.

Moreover, peanuts are grown in fields that contain genetically engineered cotton treated with Roundup, a weed killer linked to cancer. In the US, peanuts are among the most pesticide-contaminated snacks we eat. The USDA Pesticide Data Program found eight pesticides on peanut butter. Piperonyl butoxide (PBO) was found 26.9% of the time. According to the National Pesticide Information Center, PBO is a highly toxic substance that adversely impacts liver function and is considered a possible human carcinogen.

Observation #2: Reliance on drug treatments may be misplaced.

In addition to undergoing radiation treatment to the brain, the former president has also begun receiving a new drug known as pembrolizumab, or Keytruda. CBS News medical contributor Dr. David Agus said that the drug therapy President Carter is receiving has been successful in many patients since it was approved by the FDA last year. “What it does is it takes a brake off the immune system,” he said. Cancer cells, particularly melanoma, have a ‘don’t eat me’ signal on their surface for the immune system, and this blocks it,” Agus said. “It’s an antibody, a protein that’s administered every three weeks, and in about 40 to 50 percent of people there’s a pretty dramatic response. That response can sometimes last for a year or two.”

Pembrolizumab has produced impressive results in melanoma patients with advanced disease who have stopped responding to the former standard-of-care drug ipilimumab. These patients currently have few other pharmaceutical options. Results showing efficacy in 173 patients with ipilimumab-resistant disease were published in the July 15 issue of The Lancet and were hailed as “another important advance in the rapidly evolving landscape of cancer immunotherapy.”

I certainly favor immune-boosting approaches over immunosuppressive chemotherapy. However, the treatment may be a double-edged sword.  Keytruda, like many drugs, can have numerous uncomfortable and even dangerous side effects.  The product website states that “Keytruda can cause your immune system to attack normal organs and tissues in many areas of your body and can affect the way they work. These problems can sometimes become serious or life-threatening.” The site goes on to elaborate that complications include nephritis, pneumonitis, hepatitis, and colitis — problems in the kidneys, lungs, liver and intestines – as well as negative effects on the thyroid, pituitary and adrenal glands.  Other side effects include joint pain, diarrhea, nausea, and rash. All of these effects are especially hard on older people, whose organs and glands don’t usually function at top efficiency. At the very least, patients on the drug should take advantage of BeatCancer.org’s personalized guidance to help minimize treatment complications.

Non-toxic treatment choices — along with, after, or even instead of drug therapy — can be invaluable. One of our very first patients, Ruth Williams, was given 48 hours to live after melanoma was found in 98% of her body, including her brain and her liver. She recovered more than 35 years ago with natural remedies targeting liver detoxification and immune system repair that included wheat grass, raw diet, and prayer.

Another extremely effective natural therapy for advanced melanoma is Avemar, a fermented wheat germ extract.  This natural compound starves cancer cells by blocking their access to glucose and interferes with cell division by changing  their metabolism. More than 100 research studies have been conducted on Avemar, and over 30 articles published in peer-reviewed medical journals have demonstrated its effectiveness on a wide range of cancers, including advanced malignant melanoma. The benefits included fewer drug side effects and remissions lasting many years.

It is unlikely that President Carter will ever learn about BeatCancer.org or some of the natural therapies we espouse. But fortunately, he does have a few things going for him that we highly encourage among our patients:

Without these positive forces in his life, he might have succumbed to cancer much earlier.