Six Cancer Myths and What to Do About Them

Six Cancer Myths and What to Do About Them 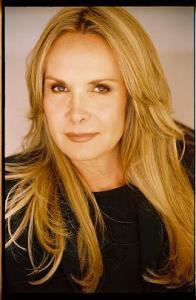 In a recent blog, I wrote about Six Cancer Myths, which Dr. Janet Price skillfully debunks in her online course of the same name offered in collaboration with BeatCancer.org. But the Six Cancer Myths Course does much more than just discuss myths.  It provides patients and family members with much-needed information, education, resources and action steps to help them go beyond what Janet calls “the standard of care that has failed so many.”

Janet Price, DCH, is uniquely suited to have created this course. Janet is a Certified Holistic Cancer Support Educator through BeatCancer.org. She has a doctoral degree in Clinical Hypnosis and has worked as Patient Treatment Coordinator for oncologists and other physicians in California.   She is also an accomplished researcher specializing in the latest advancements in diagnostic and treatment methods in the field of cancer.  In guiding her clients, Janet provides innovative options and resources they might not otherwise have known about. It was probably her years of experience trying to help her own son resolve his cancer challenges that drove her passion for the work she does today.

In the year 2000, Janet’s son Paul was diagnosed with malignant melanoma at the age of 17.  Since it was well known that chemotherapy was ineffective against his disease, his cancer specialist wisely recommended immunotherapy. He prepared and administered an autologous vaccine called Lymphokine-Activated Killer cell (LAK) vaccine which dramatically boosted the function of Paul’s immune system.

However, Janet explained that it actually took a second diagnosis of testicular cancer in 2010 before her son became serious about addressing diet, environment, and other lifestyle factors. Testicular cancer actually has a very high success rate with traditional chemotherapy, but the family elected immunotherapy instead of chemotherapy, which would have interfered with her newly married son’s ability to have children.  They decided to focus on and test the improvement of his immune system once again and were referred to an alternative physician who recommended Iscador (mistletoe) injections and a specific medicinal mushroom formula, among other supplements.  Paul’s follow-up CT scans have been clean since 2010, and his most recent Circulating Tumor Cell (CTC) blood test detected no CTC’s .

Based on her experience with her son and her belief that most cancer patients are missing crucial information in order to be successful in their battles with cancer, Janet Price has created a course that provides wonderfully practical guidance on how to:

Janet has been most laudatory about my own cancer training course. She wrote:  “I had the privilege of getting to know Susan both personally and professionally as a student in her comprehensive holistic cancer certification course. Although I was already on the cancer educator path, taking Susan’s course significantly changed the trajectory of my professional life and helped to inspire the content of my online course, the Six Cancer Myths.”

Now I can return the favor by enthusiastically endorsing Janet’s course. The regular price is $199 for the basic course, but Janet has generously offered a 25% discount to Beatcancer.org supporters who sign up for all levels of her training. Just go to this link, provide your user ID and password, click on REDEEM COUPON, enter the special code BC101, and your cost will be reduced by 25%!  In addition to helping cancer patients directly, revenues from this training program will also help support BeatCancer.org’s patient services and enable us to continue to offer to cancer patients highly skilled counseling services on a donation basis. Thank you, Janet!