The Best Prevention for HPV Cervical Cancer – Part One

The Best Prevention for HPV Cervical Cancer – Part One 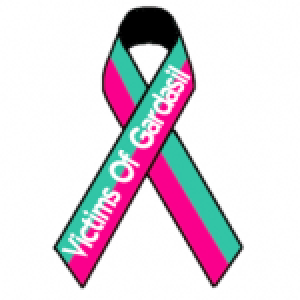 The best way to prevent HPV and cervical cancer may not be a vaccine!  Thousands of young women who took Gardasil, the vaccine for HPV (human papilloma virus), suffered permanent disability or even death.

The Centers for Disease Control (CDC) recommends the cervical cancer vaccine, manufactured by Merck Pharmaceuticals, for all females between 9 and 26 years to protect against HPV.

However, according to Dr. Joseph Mercola, ”the HPV vaccine may be one of the most dangerous and unnecessary vaccines on the market. Millions of women in the U.S. were scared by Merck’s powerful ad campaign into becoming ‘one less’ victim to cervical cancer by getting vaccinated with Gardasil. But instead of saving women from cancer, the vaccine has turned an increasing number of formerly healthy girls into ‘one more’ victim of vaccine abuse.”

Various serious and often permanent adverse reactions have been recorded among tens of thousands of young, previously healthy girls after Gardasil vaccination.  Symptoms of cervical cancer vaccine toxicity include multiple-sclerosis-like signs and neurological complications. Seizures, paralysis, and speech problems are being reported by increasing numbers of girls and women following vaccination.

Neurological symptoms were also reported in a study done in 2009 by neurologist Dr. Ian Sutton. He reported five cases of multiple sclerosis-like symptoms emerging within 21 days of immunization with the Gardasil vaccine.

Since it has been estimated that only one to 10 percent of all vaccine adverse events are ever reported, there could actually be millions of vaccine injuries related to Gardasil, and perhaps even thousands of deaths.

The Department of Health and Human Services National Vaccine Injury Compensation Program (VICP) has already awarded more than six million dollars to 49 victims in claims made against the highly controversial HPV vaccine, with many more claims pending.

A class-action lawsuit has been filed in Australia against drug maker Merck by a young woman who suffered autoimmune and neurological health problems following injections with the HPV vaccine.

Naomi Snell, a 28-year-old woman in Melbourne, Australia, is leading the lawsuit.  After receiving the first of three doses of the vaccine, Naomi suffered convulsions, severe back and neck pain, and loss of ability to walk. Doctors actually diagnosed her with multiple sclerosis, which was later retracted and labeled a neurological reaction to the vaccine.

Unfortunately, stories like Naomi’s are all too common in relation to Gardasil, which is being implicated in a growing number of serious, permanent and sometimes deadly adverse reactions.

One of the vaccine injury cases featured in the movie The Greater Good is that of Gabi Swank, a 15-year-old honor student who decided to get the Gardasil vaccine after seeing a “Be One Less” Gardasil vaccine advertisement on TV. Like so many young girls, she wasn’t warned about any possible side effects when she got the shots, which are given as a series of three injections.

At the time the documentary was filmed, she had already suffered two strokes and experienced partial paralysis. She also lost part of her vision and today suffers frequent seizures. When she was in high school, many days she had to use a wheelchair to get around school due to muscle pain and chronic fatigue.

The growing Gardasil vaccine injury toll has become too large to ignore. On the National Vaccine Information Center’s (NVIC) website, you can read about Gabi Swank’s Gardasil reaction and other descriptions of women and girls who have suffered serious health deterioration after receiving the cervical cancer vaccine . These stories include:

You can also check out JudicialWatch.org, a public interest group that provides updates on adverse reaction reports relating to Gardasil.

[2] Judicial Watch, April 10, 2013 – Gardasil, the vaccine for HPV (human papillomavirus), may not be as safe as backers claim.