The Ketogenic Diet and Metabolic Therapies for Cancer

The Ketogenic Diet and Metabolic Therapies for Cancer 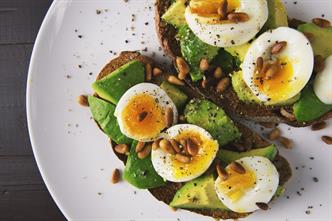 First of all let’s just be clear, cancer is one disease, not 100 different diseases. No matter where cancer originates in the body there is one common process. And that process involves cell changes that impair mitochondrial function. Genetic instability was considered the essential enabling characteristic for manifesting malignant cell growth. However genetic mutations are rare and contribute to only 5 to 7% of all cancer cases. Genetic mutations seem to come after damage to our mitochondria and then it is only a contributing factor in cell impairment, mutability, and tumor progression. It is not the cause. That is right, genes are not the cause of cancer in 93-95% of the time.

So what are mitochondria and how do they become damaged? Mitochondria are the powerhouse of our cells. They turn our food into chemical energy that we can use, they help breakdown waste products, and they also play a role in apoptosis. Apoptosis causes a damaged cell to die. When a damaged cell does not die, but rather finds a faulty way to make energy the cancer process can begin.

Factors that can damage mitochondria include smoking, alcohol, carcinogenic chemicals, ionizing and ultraviolet radiation, viruses, obesity, intermittent hypoxia, and inflammation. Avoiding these risk factors will reduce the incidence of at least 80% of all cancers.

If you are facing a cancer diagnosis your cells are producing energy through a faulty mechanism known as aerobic glycolysis. There are only two possible fuels used in this faulty process, glucose and glutamine. Targeting these two fuels can halt the progression of cancer and reverse it.

The ketogenic diet causes the body to shift from using
glucose as a fuel to using ketone bodies from fat in our diet instead. Tumor cells cannot use ketone bodies for fuel, but normal cells can. So normal cells can thrive on a ketogenic diet especially when coupled with calorie restriction, which further lowers the glucose levels in our bodies and targets inflammation and the signaling pathways involved with driving the progression of tumor growth. There are no known drugs they can simultaneously target as many tumor-associated signaling pathways as can calorie restriction.

In short, the administration of anti-glycolytic drugs together with energy restriction and the ketogenic diet deliver a strong metabolic punch for the rapid killing of glycolysis dependent tumor cells.

However, some tumors rely more heavily on glutamine than on glucose for energy. Glutamine is also instrumental in the process of metastasis and the process of cancer cachexia, which causes extreme weight loss. Both of these processes are characteristic of cancer progression. Glutamine binding drugs such as phenylacetate have been effective, but recent studies suggest the EGCG in green tea could target glutamine metabolism, especially under low glucose conditions. So effective non-toxic targeting of both glucose and glutamine metabolism should be a simple therapeutic approach for the global management of most localized and metastatic cancers. The addition of hyperthermia or hyperbaric oxygen therapy produces additional oxidative stress to cancer cells similar to radiation but without harm to the body and aids in cancer cell death.

Another consideration in keeping glucose low in the body is stress.
Stress increases cortisol which raises blood glucose levels. Stress reduction therapies such as tai chi, yoga, meditation, EFT, reiki, massage, laughter, etc are vital in keeping the body in a healthy state.

Lastly, there are some considerations when beginning a ketogenic high fat diet. The liver must be functioning properly so it can process fat. Coffee enemas and castor oil packs can help with a sluggish liver. Also, some people are not good with processing fat due to genetic variations. If you have trouble processing fat in your diet genetic testing could be in order before starting a ketogenic diet.

The metabolic origin of cancer presents with exciting non-toxic ideas for treatment and also specific risk factors for prevention. In principle, there are a few chronic diseases more easily preventable than cancer.