My Story as a Three-Time Cancer Survivor

My Story as a Three-Time Cancer Survivor 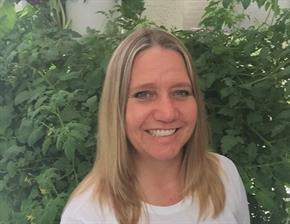 I’ve had several bouts with cancer – all seemingly around holidays– and it’s finally time for my permanent holiday from cancer. When Susan heard my story, she invited me to share it with her BeatCancer.org readers. I’m fortunate to be a three-time cancer survivor, and I remember each day the friends and family that I have lost from this terrible disease.

Cancer entered my life in 2001, when I was in my early thirties, at a checkup during my second pregnancy. The nurse practitioner felt a lump on my thyroid and wanted to send me for further testing. When I questioned the necessity of it, she quietly suggested it could be cancer. A painful biopsy indicated the lump was benign, but when the tumor became visible on my neck, causing me to choke on food and making it difficult to drive because I couldn’t turn my head, I went in for surgery.

At first the frozen section examined during surgery did not indicate cancer, but after further testing, cancer was discovered. Disturbingly, I received the news via a phone call while I was home alone. Not only did I get the news that it was cancer, but also that I needed another surgery to remove the rest of the thyroid. I had the second surgery a week after the first. I spent that Christmas season receiving radioactive iodine, isolated first in a hospital room, then at home.

Seven years later as I approached my 40th birthday, I started growing a large tumor on my right breast that became visible through the skin. I scheduled the first available mammogram appointment, and on Halloween of 2008, I got the call my mammogram was abnormal and I would need further testing. An ultrasound indicated possible cancer and I was referred to a surgeon. My experience with the thyroid tumor had made me question the benefit of biopsy, and since this tumor was large and painful we scheduled a lumpectomy before Christmas.

Since I never got a call, I assumed no news was good news. Thankfully my pastor’s wife insisted that someone be with me at my follow-up appointment, although I was convinced it would be routine. The ground was pulled out from under me that day as I was given the news I had a 5 cm malignant cystosarcoma phyllodes tumor in my breast. I remember barely being able to walk out of the office and sitting outside on a bench to call my husband and parents. Thankfully, my surgeon had seen this rare cancer before, and his experience with it likely played a role in my survival.

I would go on to have another surgery to get clear margins and later a painful mastectomy that included removing as much connective tissue as possible and placing an expander. After recovering from the mastectomy, I had radiation and then had my expander replaced with an implant. For follow-up, it was decided I would have a chest x-ray one year following completion of my radiation. No talk of preventing recurrence.

I busied myself with life and work and training for the Susan G. Komen 3-Day. The walking was good for me and I enjoyed my event in November, 2009. Each winter I always tended to develop a bad cough and cold that would linger for months. That winter was no exception. I saw my doctor, got a course of antibiotics, took allergy medicine, and had my air ducts cleaned, but the cough lingered. I got back to the gym and struggled on the treadmill, assuming the extra weight I was carrying was slowing me down. I cheerfully went for my checkup and for my chest x-ray.

Big surprise: A large tumor was found in my left lung. I did not have a lung biopsy, but a PET scan indicated the tumor was likely cancerous so I consulted with a cardiothoracic surgeon. Fortunately, he had previous experience with sarcoma and was a truly compassionate doctor. I was prepared to have two or more ribs removed and my diaphragm reconstructed when I went in for surgery. Fortunately, it was all contained in the lung and the surgeon was able to get clear margins. My lifesaving surgery was performed on Flag Day, June 14, 2010 — another holiday!

Because there is not really an effective chemo for my cancer type and since the tumor was removed with clear margins, I chose not to have chemo. My insurance company felt I needed a second opinion so later that summer my husband and I traveled to MD Anderson in Houston to meet with their sarcoma doctors. Sadly, they recommended the same chemo that my doctor felt likely could do more harm than good. A CT scan revealed my lungs were still clear so I left Houston determined to stay healthy with the help of diet, lifestyle and supplements that might help and not hurt me. I had made only a couple diet changes before the lung metastasis such as cutting back on diet soda and not eating micro-waved foods, but now it was time
for a serious commitment to preventing recurrence.

I am a retail pharmacist, now with a passion for health and nutrition. I became inspired by Dr. Andrew Weil and his book Spontaneous Healing. I still have a notebook with notes I took from his video about eating more broccoli and breathing. I started doing yoga. I read Dr. David Servan-Schreiber’s book Anti-Cancer, A New Way of Life and was given hope. I continued to grow less fearful and more hopeful with each clear scan. I transitioned from walking to running and am now training for my fifth marathon. As a gift to myself on the five- year anniversary of surviving the lung metastasis, I enrolled in the Institute of Integrative Nutrition health coaching program. I became a Juice Plus rep and am passionate about growing leafy greens on my Tower Gardens. I would love for others to learn from my mistakes and make their health a priority before a cancer diagnosis forces them into action. I love all the literature I got from BeatCancer.org, have referred a few people to the organization, and am hoping to dedicate one of my marathons to BeatCancer, because prevention is the best cure!

One of the hardest parts of a cancer diagnosis is sharing the news with your family. I’ll always remember coming home the evening after the phyllodes tumor diagnosis with our house still decorated from Christmas. My daughter was 12 at the time and singing as she unloaded the dishwasher. She asked what the doctor had said and I told her I had cancer. Her life changed that day in many ways. I’m very fortunate to have lived to see her grow up and attend college and now to watch my youngest son play high school football. I got rid of the artificial Christmas tree that year and vowed if I was fortunate to be alive the next Christmas I would get a beautiful live tree. Every Christmas since then — for nearly 10 years — I get a live tree, I reflect how precious time is, and I remember how fortunate I am.