Mycotoxins That Can Affect Your Cancer Risk

Mycotoxins That Can Affect Your Cancer Risk 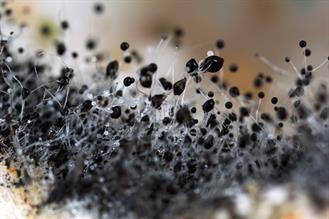 You may have heard about the negative effects of the molds lurking behind your walls or even on your food. But do you know about mycotoxins? According to the National Center for Biotechnology Information, there are actually fewer than a dozen major kinds of “mold residues” that can affect human health. But what they can do can be devastating, especially for cancer risk.

Mycotoxins are the waste products of certain kinds of fungi. Here is a brief rundown of the major ones and what effect they may have on humans and animals:

#1 Aflatoxin – Aflatoxins are often on corn, cottonseed, tree nuts and, most notably, peanuts. Aflatoxin is classified as a carcinogen. According to the National Cancer Institute, exposure to aflatoxins is associated with a higher risk of liver cancer.

#2 Citrinin – Citrinin is found in grains that have been stored for a long time as well as fruits and other plant products. It is created by Aspergillus, Penicillium and Monascus fungi species and is sometimes accompanied by the
presence of Ochratoxin A. It can cause liver and kidney damage and may be toxic to living cells.

#3 Ergot Alkaloids – According to the American Phytopathological Society, Ergot Alkaloids are produced by fungi in the genus Claviceps and are often found on rye and sorghum grains. Ergot poisoning is called “ergotism” and comes with some very noticeable effects, including itchy and burning skin, gangrene, loss of limbs and even death. In the Middle Ages, ergotism was known as “St. Anthony’s Fire.”

#4 Fumonisins – Fumonisins are mycotoxins produced in corn and in corn-based animal feeds. In studies with rats, high levels of fumonisins produced kidney and liver tumors in both males and females. Fumonisin mycotoxins are not officially considered carcinogenic, although studies create the link between this kind of mycotoxin and cancer in general.

#5 Ochratoxin A – The Food and Agriculture Association of the United Nations reports that beginning in 2000, Ochratoxin A (OTA) contamination in coffee beans became an international issue. According to a 2007 French study, OTA is connected to urinary tract tumors in humans. The International Agency for Research on Cancer (IARC) has classified it as a “possible human carcinogen (group 2B),” although current research is not able to explain exactly how OTA leads to cancer.

#6 Patulin – Patulin stems from the fungal molds Penicillium, Aspergillus and Byssochlamys that are often found on fruit, especially apples exhibiting “brown rot.” Any fruit with visible signs of rotting, decay or mold growth can contain patulin. There has been very little research as to the effect patulin has on humans, although high doses have induced gastro-intestinal lesions and hemorrhaging in the stomach and small intestines in in vivo studies. High doses have also been shown to be neurotoxic in animal models.

#7 Trichothecenes – Trichothecenes are produced by Stachybotrys chartarum or household “black mold” and can have a variety of extremely negative effects on humans. They are immunosuppressive, and prolonged exposure can lead to respiratory damage and organ damage. Stachybotrys blocks the brain’s signaling as they circulate through the entire system via the blood. Signs that black mold may be affecting you include brain fog, extreme fatigue, lethargy and joint pain.

#8 Zearalenone (ZEA) – This is probably the most researched of the mycotoxins because of its connection to hormonal changes. Zearalenone produces “mycoestrogens,” a form of xenoestrogen that can act as a hormone disruptor. Over thirty years ago, the famous “Jersey Girl Study” analyzed the health of 163 girls ages 9 – 10 in New Jersey, USA. Close to eighty percent of the girls tested high for mycoestrogens. The girls with ZEA in their system were reported to be shorter and most had not yet reached the onset of breast development. It was later discovered that a derivative of ZEA, Zeranol, had been given to U.S. livestock since the 1970’s. ZEA is currently banned in the European Union and many other countries (but not the United States).

What You Can Do About Mycotoxins

Mycotoxins, especially in grains, have been around for thousands of years. Unfortunately, however, these days there is an epidemic of mold-based toxicity because so much grain and other foods sources are mass produced and then stored for long periods of time. However, there are things you can do to both minimize your exposure as well as detoxify from the effects of mycotoxins:

The threat of mycotoxins is a fact in our modern world. Educate yourself and then take steps to eliminate your exposure as much as possible to be proactive with cancer prevention.

[2] Presence of citrinin in grains and its possible health effects. https://www.ncbi.nlm.nih.gov/pubmed/28480413