Organic Foods Not Worth Buying

Organic Foods Not Worth Buying 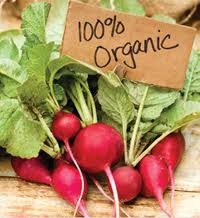 When I opened one of my internet browsers yesterday morning, I was struck by a trending story, 10 Organic Foods Not Worth Buying. Since many people cannot access and/or cannot afford to eat totally organically, I absolutely agree with the concept of prioritizing.   However, I don’t totally concur with the article’s conclusions about what is and what is not “worth the splurge.”

The article opened by stating: “The benefits of eating organic foods–from lower pesticide exposure to environmental impact–are well-known. But let’s be honest: Buying organic can be expensive. Budget-conscious consumers can get the most bang for their buck by prioritizing which organic foods to purchase based on the amount of pesticides they’re likely to contain.” Fair enough.  Informed consumers should make their own choices about what is important to them.

Among the foods that the article stated are not worth buying organic are fruits like kiwis, mangoes, avocados, and pineapples, which have a thick peel or rind which protects the flesh from absorbing chemical pesticides.  “Foods that have to be peeled, like bananas and avocados, tend to have a much lower number of residues,” said Alex Formuzis, a spokesperson from the Environmental Working Group (EWG).  This group has a Clean 15 list, which highlights commonly consumed produce with the lowest amounts of pesticides, as tested by the U.S. Department of Agriculture (USDA).

According to the web post, other foods not worth buying organic include onions, corn, quinoa, maple syrup, cabbage, and seafood.  Let me comment on each of these.

Onions According to the EWG’s “Shoppers Guide to Pesticides in Produce,” 98 percent of sampled onions were pesticide-free. Onions grow underground, which is safe from many pests, and have a pungent flavor that naturally repels some bugs.

Comment: This information appears correct, as another source states that only one in 0.3 percent of samples tested were contaminated. Personally, I am for no contamination, but I definitely appreciate the need to make choices when budgeting for groceries.

Corn The article further stated that corn is also low in pesticides, as the USDA found no detectable chemicals on almost all the samples it tested.

Comment: It is true that only 2.3 percent of tested samples were contaminated with a pesticide; however, 88% of all non-organic corn grown in the U.S. is genetically modified.  In a study published in the International Journal of Biological Sciences analyzing the effects of genetically modified foods on health in mammals, researchers found that GM corn approved for human consumption was linked to kidney and liver toxicity in rats as well as other damage. Mice fed GM corn had fewer and smaller babies; pigs and cows became sterile from GM corn (by gary at dh online); and in Germany and the Philippines, GM corn was blamed for the deaths of buffalos, cows, horses, and poultry. My recommendation: Never consume non-organic corn or corn-derived products.

Quinoa According to Carolyn Dimitri, associate professor of food studies at New York University, quinoa is low in pesticides because its coating contains bitter-tasting saponins that make the crop nearly impermeable to pests.

Comment: That may be true, but there are still 23 pesticides with established tolerances for quinoa (official residue limits for pesticides used in the U.S. or by countries exporting to the U.S.) While not all the pesticides on the list are applied to all quinoa crops, there is no way to tell which have been applied to any given quinoa product you buy. Of those chemicals with established tolerance for quinoa, seven are “acutely toxic,” 20 have been linked to chronic health problems such as cancer, four are known to contaminate groundwater, and 21 are poisonous to wildlife. (All tolerance data, by the way, is based on the Environmental Protection Agency (EPA)’s Tolerances by Commodity, Crop Group, or Crop Subgroup Index, last updated in 2012).

The web post stated that since maple trees are not usually treated with pesticides, “shelling out a few extra bucks for a jug of organic maple syrup may make you feel as if you’re doing your family a favor, but your organic budget is best spent elsewhere.”

Comment:  Possibly. Although formaldehyde in the production of conventional maple syrup was banned by the EPA in the 1980s, certified organic producers still have to adhere to strict regulations concerning limits on lead in equipment and bans on chemical defoamers. Choose your poison.

Cabbage Another food on the EWG’s Clean 15 list, cabbage is generally low in pesticides because of its natural resilience to bugs. However, since the outer leaves tend to shield the inner leaves from almost all toxic sprays, it was recommended to discard the former if you’re not buying organic.

Comment:  Cabbage is about the 10th least contaminated of non-organic plants, but one pesticide used on cabbage, chlorothanolil, is a potential carcinogen. Since research shows that protection of the cabbage family against flea beetles seems to depend on its glucosinolate content, maybe the glucosinolates in cabbage can protect consumers against the very pesticides used to treat the plant.

Seafood Because the USDA does not currently provide organic standards for fish and shellfish, seafood labeled “organic” may not be safer and may still contain contaminants such as PCBs and mercury. Therefore the posted article recommended seafood that is low in mercury like tilapia and oysters.

Comment:  The quality of seafood depends upon the purity of the water in which it lives and the food to which the fish have access. In the past, wild tilapia ate algae and lake plants, but now the vast majority of tilapia consumed in the U.S. is farmed — and fed GMO corn!  A study from researchers at Wake Forest University School of Medicine found that farm-raised tilapia has very low levels of omega-3 fatty acids and very high levels of immuno-suppressive omega-6s.  In fact, the investigators said that the fatty acid profile of tilapia is “worse than that of 80 percent lean hamburger, doughnuts and even bacon.”  As far as oysters are concerned, these filter-feeders tend to absorb fewer toxins than bottom-feeders, but some oyster farms have been found to be contaminated with sewage, viruses and bacteria.  The best fish to consume are wild-caught salmon and halibut from the pristine waters of the North Pacific.

Bottom line on buying organic:  Do the best you can, peel or scrub non-organic produce, grow your own if possible, and either way consume as many fresh fruits and vegetables as you can. In future articles on organics, I will discuss other important reasons to try for organic produce and I will also talk about the most important foods to consume only organic.