After speaking with many Doctors of Ayurvedic Medicine (BAMS) and other people in India, I’ve decided to begin Panchakarma treatment with Dr. G.Vijayan. He worked for decades at the Government District Ayurveda Hospital. Panchakarma is a five step detoxification program that takes about a month to complete and purges the body from head to toe. It includes vamana, intentional vomiting, virechan, purgation, nasya, sinus clearing, basti, enemas, and rakta moksha, blood purification. Please see this link to Dr. Vasant Lad, a Breast Wishes Advisor who has this pdf about it: https://www.ayurveda.com/pdf/pk_intro.pdf

Rapid successions of firecrackers go off like artillery at the 700 year old neighboring temple, dedicated to Krishna, Shiva and Devi. In the near distance there are other firecrackers and loudspeakers with spiritual chanting music of Hindus and Muslims, dancing in and over one another. I’m sweating as I sit here, watching the waxing full moon ascend over the coconut trees wondering how I’m going to deal with being here in a month as it gets progressively hotter and I am soaked in herbal infused oil, greasy to my bones. That’s the plan actually.

I’ve done aspects of Panchakarma (PK) before, badly performed and suffered for it. In this mixed tourist and local beach town of Varkala in the southern Communist state of Kerala, Panchakarma is available in a diluted spa function for big money, to very inexpensive at Government Hospitals which are basically free. I’ll be paying 22,000 Rupees which comes to under $400 USD for 28 days of treatment. I’ve made things difficult for myself wanting to work with a senior doctor with a lot of experience who is inexpensive, works near the ocean and willing to let me live elsewhere. There are several hundred retreats, spas and hospitals you can go to in India for treatment though I have been in group situations with Westerners for months now and I wanted to experience this more as an Indian would. Any stimulation, sun, swimming is contraindicated for strict PK which is why the places on the Western Coast along the Arabian Sea heading up past Goa are mostly spa massage treatments, not the whole detox banana I’m seeking. 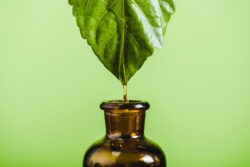 That’s one of the few foods I am prescribed to eat in the next five days. That or green gram or mung dal beans as we know them. These can be eaten with tooren(spelled wrong, sorry) a curry of fresh coconut, turmeric, jeera(cumin), and a bit of garlic. Curry leaves, onion and mustard seeds are also added traditionally, mixed in a blender or as my neighbor Adiba come over to show me today, mixed in a big stone mortar and pestle. This is eaten with congee, a soupy rice cooked in dried ginger root water. I’m cooking for myself and learning how to do as many components of the treatment so I can share with others how it is affecting me, improvements and sufferings. The first five days, I won’t need to see the Doctor as I’m just preparing my body for purgation therapies with a medicated ghee called Gulguluthikthaka Ghritam. It’s made by Kerala Ayurveda and prepared in strict accordance with the classical text “Ashtangahrudayam.”

I’m pretty terrified about vamana as I haven’t thrown up in decades. While this was a real asset during my party days, it’s a purgation therapy I immediately gravitated towards because of congestion in my upper body, nose and a tumor in my breast. The Dr. and his male therapist Chandra didn’t recommend it as it is very exhausting. The Dr. will continue to give me preparations to vomit until he sees bile from my liver. This could be up to ten times. I figure everything after this will be a cake walk comparatively and shoot, I’ve been through chemo which is an incredible act of suffering and endurance. I’m preparing myself mentally today I’ve noticed, counting down the days, allowing myself to sleep when I want, remember my own natural rhythm. I’ve been traveling since October 28th, first to New York, then Mumbai to Pune and there for six weeks to study Ayurveda with Dr. Vasant Lad. After that I relaxed in Agonda Beach, Goa for two weeks, met my mom in Delhi where we began a whirlwind tour of India which I wrote about in my last entry.

Which leaves me here in Varkala, Kerala. It’s getting harder and harder to consider when to go home though my visa expires the end of March. My sabbatical with Breast Wishes Fund is over soon though the connections and work I’m doing here feel vital to my personal self and our clients.

Where and What is Home? For a few years, my wish has been to wander and it feels right to be finally doing it, homeless though very much at home wherever I am. I am reading the trilogy by Dr. Robert Svoboda about Aghora,a very intense spirituality I won’t even begin to define though it has helped me connect the dots significantly to my own karma, for my self and those I feel unexplainably though deeply bound to. When Dr. Lad looked at my astrology he said this could be my last birth if I wanted it to be and this has motivated me to finish up my business in a more focused and conscious manner. It’s no accident I am now living next to a temple I can pray every morning and evening at that worships Shiva and Kali. In parts of India and in most US temples, no one mentions her out of fear for her destructive abilities. Down here, she is regarded as the great, powerful and loving mother. I know I want to get to know her better and there is a part of her in me. In all of us really.

Once we can look fear in the eye, sit with her and love ourselves all the more for taking the time to be compassionate and understanding with ourselves, that’s where the real freedom comes in. For example, when a woman is diagnosed with breast cancer, what’s her biggest fear? She will die, be disfigured, left alone? These are serious concerns and deserve to be recognized as such. Once one can develop a practice of feeling the fear of the potential horror though, you’ve done it and can now recognize, this is my greatest fear and now I can move forward. Being in Varanasi again with my mother was a beautiful reminder of death as a daily part of life. It’s the one reliability since we are born so why pretend it’s not going to happen? I believe in preparing all the time for it. This offers me a richness to right now because it may be my last breath, that fish on my plate might be my Grandmother and how would I want to be treated if I came back into the world with more bad karma and not as a human. Being human is suffering enough though we have the ability to use our minds and grow, mature and purify our past and present karmas. What a gift! I’m thankful to not be attached to this human body, life anymore, welcoming the end as the beginning. I read recently that dying is easy, it’s being born that is so difficult.