It’s official, I’m into Panchakarma (PK) with tomorrow being the big day of vamana or induced vomiting. I’ve been taking the medicated ghee in the AM and eating soupy rice congee and either green gram tooren or raw banana tooren, both of which I really didn’t have properly until yesterday when my host Kim and I went to his mother’s place in a village about two hours away from Varkala. It’s a jungle place with coconuts, pineapple, papaya, big red ants, neem, tapioca plants, tulsi, bananas, ginger, mosquitos, and turmeric root all growing at the Farmhouse where his family is building a house. A very big house with a lot of concrete, red brick and teak wood. Resource wise though, everything is relatively local, each house still quite handcrafted with beautiful custom touches and a real attention to aesthetics.

Today I get to eat whatever I want, feel a bit anorexic though knowing I will throw it back up tomorrow starting early in the morning. I have been blessed by such sweet watchfulness and consideration from Kim and everyone he knows and I meet. His mother going to offer special prayers for me today, an incredible woman who loves her freedom as a widow though was a loving, devoted wife and mother. She is an original Wise Woman as we would call them in the Susan Weed tradition, wildcrafting so many herbs, knowing what each does. She sent us back with aged Amla, great vitamin C, tulsi, fresh ginger root just pulled out of the ground, fresh turmeric powder, local honey and everything else listed above including more tooren for dinner last nite. Made this so called fast a real treat as I ponder what is to come with a cup of fresh tulsi and ginger tea.

After vamana, I guess everything else will be a cakewalk. I’m terrified of throwing up, haven’t for decades and in that I realize I need to purge something from the upper parts of my body, my throat chakra. One woman who was doing PK at our Pune Ayurveda program said she wanted to do puja to her body and that feels right to me. To ceremonialize the events and passages I have experienced since cancer diagnosis and back into my 20’s really. To leave behind who I have been, expected to be and be who I know myself to be right now, right here. After going to a local astrologer who was a priest at the neighboring temple for decades, I feel reassured that my gut feelings are ones I need to follow thru with. 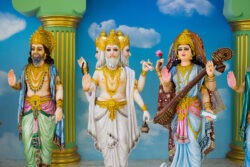 He said the God’s are looking down favorably upon me, despite this very challenging period I am in. He recommends I continue to pray and right now as I’m writing, the priest is performing a special Shiva puja at the local temple, bathing Siva to cool him down. Om Namah Sivaya! For 21 days, he will have strong prayers done for me to Siva daily at several temples, later encapsulating the mantra and prayers into a silver cylinder I can wear around my neck. I’ve also been wearing a white topaz stone in a beautiful silver sun setting that I purchased in Jaipur from a father and son jeweler team. This is to pacify Jupiter, a strong planet in my chart that requires attention. In my nose is a small blue sapphire, to help me through this Saturn period that will last, if I do, into my 60’s. Saturn delays though never denies manifesting work and visions which explains why everything I do seems to take about ten times longer than it should.

The astrologer has recommended I do this Siva puja on Mondays after having only rice during the day on Sundays and fruit or milk in the evening. I’ve been dancing around fasting a day a week, too emotionally connected to food and these past five days of being disciplined around my eating has helped me have the strength to recreate my relationship with food. The PK will help me focus on a deep cleanse to begin anew. After vamana there will be nasyam, a head, sinus throat clearing for a week or so, then all the toxins are supposed to go down to my GI tract for basti, medicated and oil enemas. I will receive massage treatments and shirodhara, a consistent stream of medicated oil on my third eye. Finish date is around February 12th which will allow me some time to rest and participate in Maha Shiv Ratri at the neighboring temple and locally. What a life!