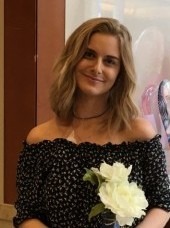 Last week, the Washington Post ran a feature story on a patient given a death sentence who is now cancer-free. Here’s her story:

Shortly after graduating from New York University at 22, Stefanie Joho learned that she had Lynch syndrome (a hereditary disorder that predisposes to certain cancers) and was subsequently diagnosed with colon cancer. She first had surgery in January of 2013, but by August of that year, she developed an invasive tumor in her abdomen. Stefanie underwent a second operation and treatment with chemotherapy, but the cancer returned in the spring of 2014 and was now at stage IV. Her oncologist in New York switched her to a more aggressive chemo regimen, but by midsummer, it was clear that was not working. Out of options and in excruciating pain despite high doses of narcotics, Stefanie quit her marketing job in New York and returned to her parents’ home in suburban Philadelphia, where she remained bedridden, expecting to die.

I first spoke with one of her sisters when Stefanie was slipping away in the summer of 2014. Her cancer was raging out of control, she was considered terminal, and she was in a very dark place.In fact, it took about nine months of cajoling before Stefanie was finally ready to meet with me in March of 2015 for additional support and empowerment. Meanwhile, her other sister, searching for immunotherapy clinical trials, found a program at Johns Hopkins University, where doctors were testing a drug called pembrolizumab (now marketed as Keytruda).

The trial had been underway for a year by the time Joho arrived at Hopkins in August of 2014, in agony from the growing abdominal mass and addicted to painkilling narcotics. Yet literally within days the pain began to ease, and within months her tumor shrank and ultimately disappeared. Stefanie, now 27, has completed treatment and is free from all signs of disease.

Keytruda is one of a new class of cancer drugs called immune checkpoint inhibitors. Checkpoint inhibitors work by releasing the molecular brakes that keep the immune system from attacking tumors. The main checkpoint inhibitor drugs on the market so far are Keytruda (pembrolizumab, made by Merck) and Opdivo (nivolumab, from Bristol-Myers Squibb). Keytruda was approved by the Food and Drug Administration (FDA) for advanced melanoma in September of 2014, and the medication made headlines in 2015 when it helped treat former president Jimmy Carter for melanoma that had spread to his brain and liver.

The drugs had also been approved to treat squamous cell lung cancer, and a newer study showed that Opdivo also prolongs survival for patients with non-squamous cell lung cancer. In a trial of 582 patients with advanced cancer who had already been treated with platinum-based chemotherapy, patients who received Opdivo lived up to 17 months (as compared with 9 months for those who did not) and had far fewer serious side effects. In other studies, Opdivo significantly shrank tumors in 19 percent of patients with advanced liver cancer, and Keytruda improved outcome in 25 percent of patients with head and neck cancer. However, prior to the Hopkins trial, checkpoint inhibitors weren’t making headway with colon cancer.

Why did the drugs work so well for some cancers and not for others? One explanation is that lung cancer and melanoma are often caused by agents that damage DNA, like tobacco smoke and ultraviolet radiation. Thus they have “tons of mutations,” according to Dr. Luis A. Diaz, Stefanie’s doctor and former professor of oncology at Johns Hopkins University. That could make it easier for the immune system to recognize the cancer cells as something to be destroyed. And even more mutations are found in cancers with a certain defect known as mismatch repair (MMR) deficiency.

MMR fosters repair of mistakes in DNA that can arise as cells divide. As DNA copies itself, the deficiency prevents errors from being fixed, allowing mutations to accumulate.The abnormality — which can arise spontaneously or be inherited — is found in just 4 percent of cancers overall, including 15 to 20 percent of colon cancers and about 40 percent of endometrial malignancies (cancer in the lining of the uterus). MMR deficiency is found in Lynch syndrome, the inherited condition that caused Stefanie’s cancer, accounting for about 5 percent of colorectal cancers, and in about 10 percent of colorectal cancers that are not inherited.In the United States, researchers estimate that at least about 15,000 people with the defect may be helped by this immunotherapy.

A New Frontier in Cancer Treatment

The Hopkins investigators found that tumors with the MMR defect had an average of 1,782 mutations, compared with only 73 for tumors without the problem. Theorizing that high numbers of mutations make cancers more susceptible to attack by the immune system— especially if it gets assistance from immunotherapy, the researchers decided to run a small trial with the experimental drug pembrolizumab to determine whether the defect could predict a patient’s response to immunotherapy.

The small trial in Baltimore was pivotal — and not only for Stefanie. It showed that checkpoint immunotherapy could attack colon cancer and other cancers thought to be unstoppable. Since then, newer data have shown that a high proportion of patients with the genetic anomaly can benefit from the treatment, often for a lengthy period. “If you have the signature, you should treat with these checkpoint inhibitors,” said lead author Dr. Diaz.

The study results, supported in part by the National Institutes of Health, were the foundation of the FDA’s decision to green-light Keytruda to treat cancers such as Joho’s, that is, malignancies with certain molecular characteristics. This approval signals an emerging field of “precision immunotherapy,” one in which genetic details are used to anticipate who will respond to treatments. The breakthrough, marking a new frontier in cancer treatment, was announced last week at the annual meeting of the American Society of Clinical Oncology as an approach that can benefit patients with some kinds of advanced cancer unresponsive to chemotherapy. Hopefully, insurance companies will follow with support. Keytruda treatments cost about $150,000 a year.

For Joho, now living in suburban Philadelphia and feeling “better than I have in five years,” one lesson is clear: The cancer field is changing so rapidly that patients can’t always rely on their doctors to find them the best treatments. “Oncologists can barely keep up,” she said. “My sister found a trial I was a perfect candidate for, and my doctors didn’t even know it existed.” Stefanie’s experience has prompted her to drop plans to go back into marketing. Now she wants to help patients navigate the new cancer landscape. Her message: “Become an expert on your cancer. Don’t be passive.”

[2] McGinley L. ‘This is not the end’: Using immunotherapy and a genetic glitch to give cancer patients hope. Washington Post, May 28, 2017.